Two weeks with the Oculus Rift - Part One

Back in August 2012 a friend pointed me towards a web site called 'KickStarter' and a project called 'Oculus Rift: Step Into the Game' which was looking for $250,000 in backing so that they could build some prototype virtual reality headsets. I remembered the VR headsets/games from the 80s and 90s, although I never did get a chance to try them out, and after reading up on the current state of play decided to back the project a day or two before it finished.

The project finished at the end of August with 9522 backers, who together pledged a total of $2,437,429 almost 10 times the original target! With the project completed the waiting started. I knew the kits would need to be ordered and assembled so wasn't expecting to see anything soon, not to mention I was towards the back of the queue.

The December delivery target came and went (to no great surprise), things got delayed more over Chinese New Year and then finally in late May my Developer Kit arrived, the DK1. 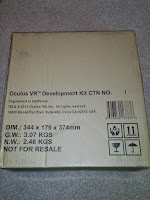 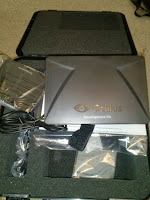 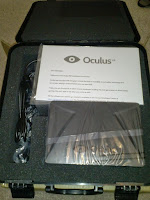 Its was a little bulky, had lots of cables, but I set it up, plugged it in and tried out the Tuscany Demo, Epic Citadel village (plus roller coaster) and even played some Half Life 2. It was low-res, had limited tracking (you couldn't lean through a window for example), quite bulky, had a very obvious screen door effect and you had to jump through hoops to get anything to work (Changing resolutions, moving the output window to the correct screen etc.).

Whilst I had a few ideas I never really got far into the actual development side of things, so when the DK2 was released I decided to skip it, although I did get to try one out, and my DK1 started to gather dust as it got harder and harder to get up and running as people were moving over to the newer hardware.

Moving ahead a few more years and the release date of the first commercial version (CV1) was announced and, much to my surprise, Oculus announced that everyone who backed the original DK1 would be receiving a free KickStarter edition of the CV1. The release date came and waiting began anew. This time, instead of a 9 month wait, my CV1 turned up at my house a week after the release date. Of course I was already at work when it arrived, so it was a few more hours until I got to play with it.

The packaging looked sleek and professional, opening up to reveal the CV1 headset itself, sensor and remote. With those removed the case opens up further to reveal the XBox One controller, batteries, cleaning cloth and a few stickers. The CV1 looked compact and felt nice and solid, a far cry from the chunky DK1 with its wide front and thick straps. 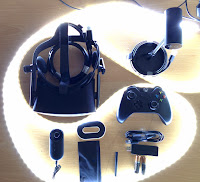 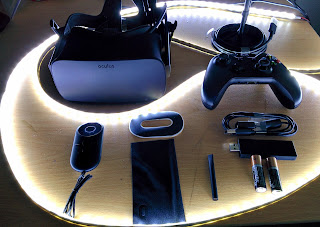 The setup/installation process was much more slick than with the DK1, with a mixture of text, images and short videos to show you how to connect up the Rift (plus accessories) and confirmation that everything was successfully detected. I did run into one issue during the installation process, that being my USB 3 expansion card not being supported. Hoping I wouldn't have to wait for a new card to arrive I plugged the Rift and sensor into USB 2 ports instead and was happy to see that they were successfully detected, albeit with a warning stating the sensor may not work as well as it could.

With the software and hardware installed it was time to put on the headset and finish the setup process in VR!

Now the first thing I noticed was that the CV1 is much easier to put on compared to the DK1, although the headphones did catch on my ears slightly (They wouldn't stay in the 'lifted' position). The back rest pulling out on springed rails to let it slip easier over you head, and then tightening to hold it in place. Meaning once you had adjust the velcro straps, you don't need to touch them again.

With the headset on, and the displays active, I immediately spotted an improvement over the DK1. Yes, I could actually read text! Obviously the text size for the installation process is optimised for the headset itself, but even with the official demos for the DK1 text was hard to read, being blurry and fuzzy. Graphic quality and resolution was also obviously improved, with the screen door effect barely being noticeable.

Returning briefly to the headphones I mentioned earlier. Its so much easier to have these built in and not having to fumble around trying to find your headphones and putting them on over the CV1(along with the inevitable cable tangle), but if you prefer your own headphones the built in ones are removable. So far I haven't felt the need.

Setup continues in VR, asking you to stand up in your area so it can get the sensor correctly positioned, the actual sensor itself is represented in VR, however it didn't seem to be as accurate as some of the Vive footage I've seen (when reaching out to adjust it I'd miss slightly).

Once all the hardware is correctly configured the installation process moves on to the Oculus Dreamdeck demos (Note: The version you download from the store has a few extras demos in it that are worth a look, especially the submarine and paper town) taking you to a cartoon campfire, standing at the top of a tall building (making me think of the various Batman Arkham games), a short visit to an alien planet and a close encounter with a dinosaur (appropriately enough at the Hammond museum). Each one giving you a short time to look around before moving on. 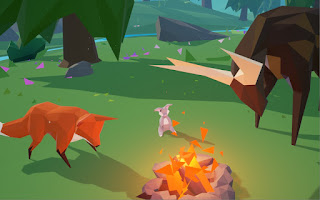 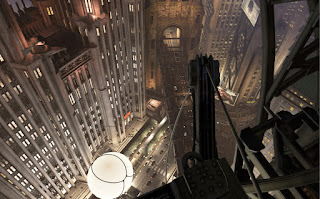 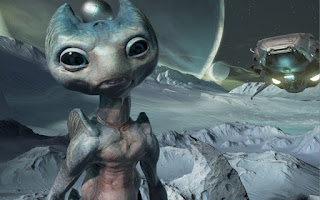 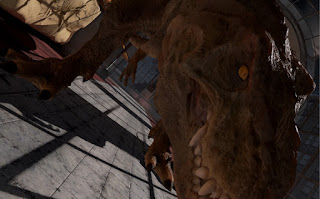 Once you've watched (or skipped) all of these installation is complete and you are transported to Oculus Home, a (very) large room that acts as a launching point into the other applications (So far I've not worked out how to get a screen shot of that!). There's a fire place, books and pillows strewn over the floor, various bits of furniture and objects on display. I wonder if this will evolve into a customisable location?

From here you can download and buy games, applications and other media content, as well as launching/watching the ones you already purchased. So like any sensible person I went through the entire store 'buying' every free item available! Some should always be free, where as some other were limited time offers. Its at this point you get dragged back out of the experience, as whilst you can happily queue up and download items, watching the progress bar fill up, eventually it will get to 'installing' and it will then stay on 'installing' until you take off the headset, return to the 2D world of your computer and click on the 'yes this program may install things on my PC' dialogue.

To be fair this step is built into the Oculus application (assuming you remember to check your notifications), but its still a little annoying. There are a few pre-installed apps (Such as the 360 video and pictures, plus the regular movie theatres) so you might not run into this straight away.

With several games downloaded (luckily I have a fast connection) I decided to start with one of the launch titles,  'Lucky's Tale'. A third person platforming adventure game. Now I had watched someone playing this earlier in the day and thought that it looked 'okay', but I have to say that it was a completely different experience when I tried it myself. Whilst it is a bright, colourful, cartoon type world all the objects have a good presence of actually being there, and I found myself looking over things, around things, inside things as I played through the first chapter. Other than occasionally looking around a corner there wasn't much you really needed the headset for (The game could be played with just a 2D fixed camera view) but I did spend 30 minutes going through the first stage, looking back down each level when I got to the end to see if I had missed any coins or enemies. 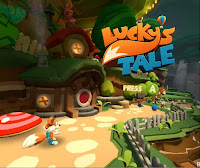 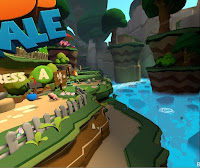 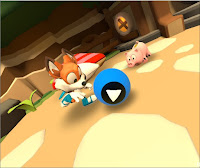 As I had so recently come out of the installation process I ended up playing Lucky's Tale standing up. For the most part this was fine, and made it easier to look around the level, but a couple of times I did find myself swaying, as if trying to maintain my balance on a moving ship. This generally seemed to be triggered by the first camera move, as it follows Lucky moving down the level, and when something passed close to my eyes (e.g. one of the butterflies or floating coins).

It wasn't a huge problem, and didn't make me feel nauseous, but maybe I'll play the rest sitting down!

As this is getting rather long I'll stop here and carry on looking at some of the other games and applications in the next part (Including a video of me playing EVE: Valkyrie! That's bound to be embarrassing..)